For the last year, I’ve been hooked on nonfiction. Being a big history nerd, my shelves fill up pretty quickly with glorious nonfiction picks. Unlike fiction books however, I don’t tend to know what to say about a good deal most of them other than they’re amazing or they read like your typical dry academic text (of course, I’ll be highlighting the former more often than the latter). But I wanted to shed some light on them and I want to convince you (yes, YOU!) to read them! 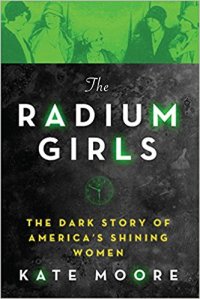 This book was extremely difficult to put down. From the moment I picked it up, I was feverishly paging through it. Despite being a history book, the language flowed like seamless narrative fully bringing each one of the many shining women to life.

There was a sense of doom that hung over the narrative. The book talks about all the girls poisoned by the Luminous Clock companies throughout WWI into the 1930s. Reading about the women’s misfortunes–to their medical problems due to their radioactive exposure to their prolonged fight against time to get justice against the companies who knowingly harmed them–was hard to read but very engrossing.

2) The Poisoner’s Handbook: Murder and the Birth of Forensic Medicine in Jazz Age New York by Deborah Blum

I finished The Poisoner’s Handbook a little while ago. I was pointed in its direction after reading A Beautiful Poison by Lydia Kang (a wonderful historical fiction you should also read!!!) which used this book as part of its research.

This book was really good. Its a  superb nonfiction about the development of forensic toxicology in 1920s New York. It was a book organized by poison and how certain techniques were developed to detect these poisons in prominent murders cases. The two primary characters were Charles Norris and Alexander Gettler, major in the New York forensic scene. Not only do you get a good dose of history dressed in murder and poison, the book did a wonderful job in bringing both Norris, Gettler and the setting of New York to life.

3) Surpassing Certainty: What My Twenties Taught Me by Janet Mock 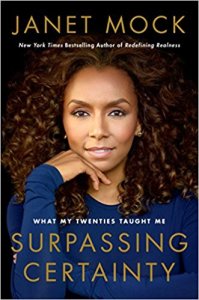 I feel like Surpassing Certainty will grow to be one of the most important books I’ve read in 2017. I found myself bingeing the last 100 or so pages and it touched me more than I thought it would. Janet Mock’s reflections on her twenties, the twists and turns in her life, and her journey to find herself and be comfortable with herself really got to me.

Recommend if you’re interested in:  memoir. diverse perspectives (poc, trans, and lgbtqa), learning ways to navigate your twenties or life in general